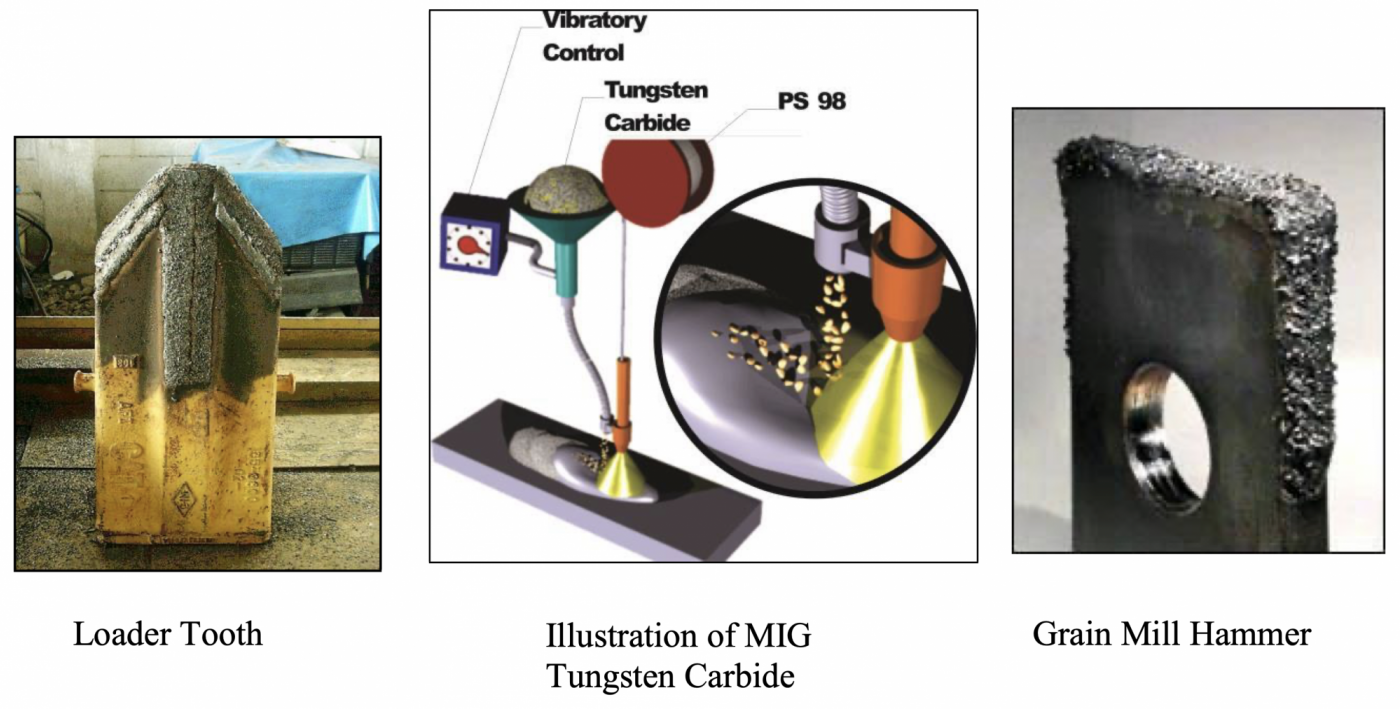 • Hardness of 55-59Rc protects the tungsten carbide grit which has a hardness in excess of 75Rc.

• The molten weld results in an even distribution of carbide particles throughout the entire weld deposit.

Unlike soft metal steel welding wires which are commonly used with the MIG Carbide Embedding Process, the high hardness tool steel micro-structure of Postalloy® PS98WC Matrix is designed to encapsulate and protect the carbide particles from premature erosion. Use on carbon, low alloy steel and manganese steel.

The tungsten carbide is put into the top of the carbide feeder hopper where it is transported using a vibratory system into a lower hopper. The hopper dispenses the carbide through the blue tube which is attached to the welding gun shroud by means of a bracket and clamp. see figure 2. A Reed switch is shown in Figure 3.The reed switch must be perpendicular to the welding cable for itto detect welding current.There are three 1/4”-20 TPI studs that protrude from the bottom of the feeder. These can also be used to anchor the carbide feeder. 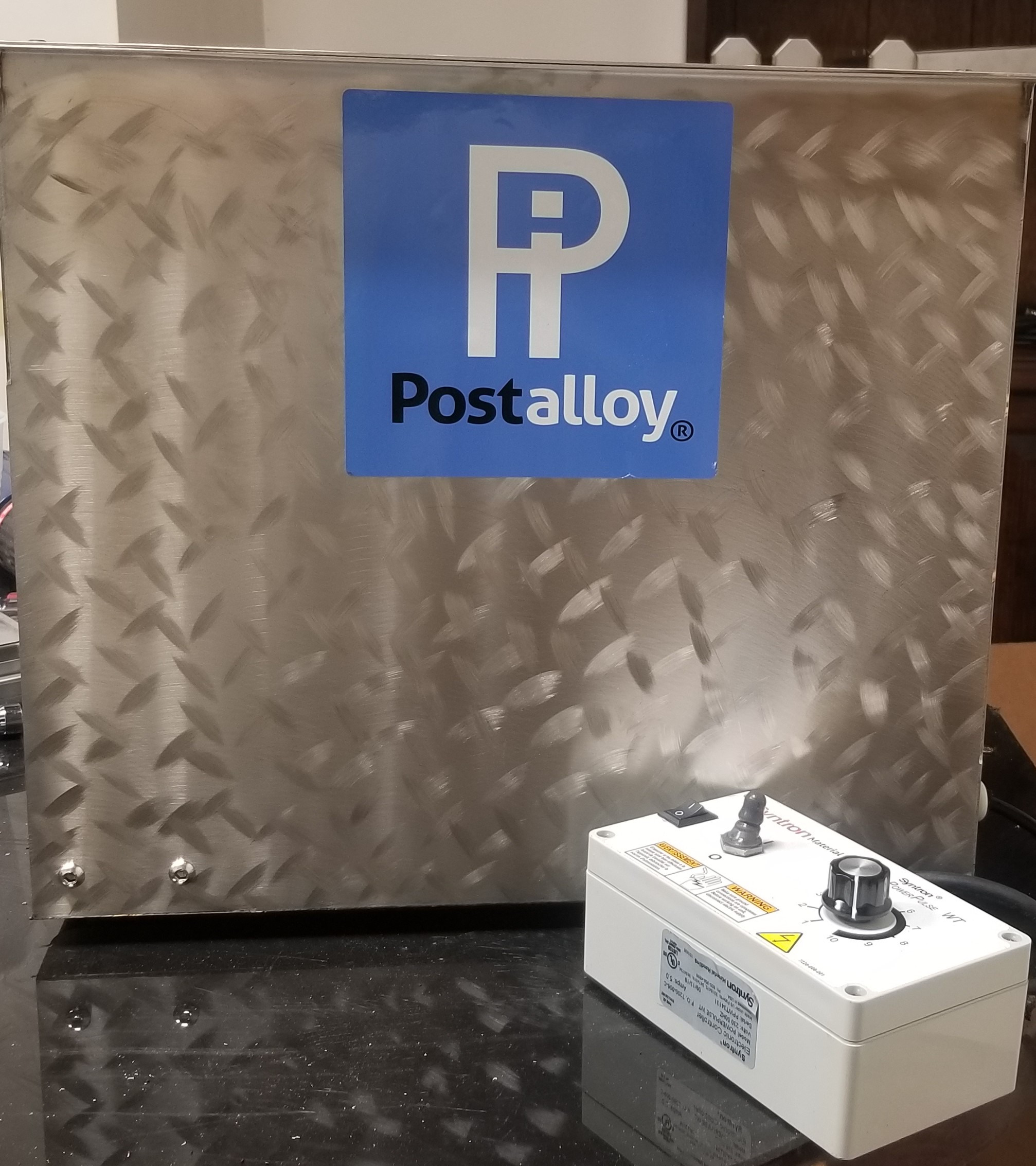 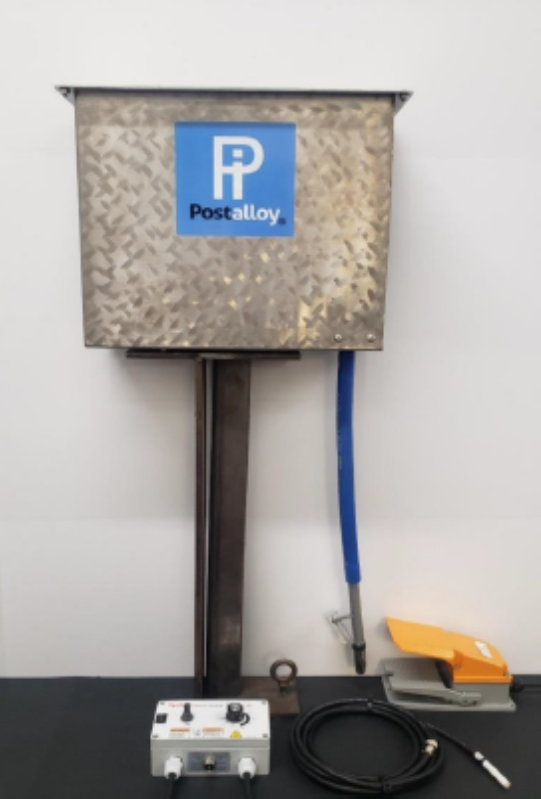